I changed the title of the blog on March 20, 2013 (it used to have the title “Notes of an owl”). This was my immediate reaction to the news the T. Gowers was presenting to the public the works of P. Deligne on the occasion of the award of the Abel prize to Deligne in 2013 (by his own admission, T. Gowers is not qualified to do this).

The issue at hand is not just the lack of qualification; the real issue is that the award to P. Deligne is, unfortunately, the best compensation to the mathematical community for the 2012 award of Abel prize to Szemerédi. I predicted Deligne before the announcement on these grounds alone. I would prefer if the prize to P. Deligne would be awarded out of pure appreciation of his work.

I believe that mathematicians urgently need to stop the growth of Gowers's influence, and, first of all, his initiatives in mathematical publishing. I wrote extensively about the first one; now there is another: to take over the arXiv overlay electronic journals. The same arguments apply.

Now it looks like this title is very good, contrary to my initial opinion. And there is no way back.

I wish a Happy New Year to everyone! 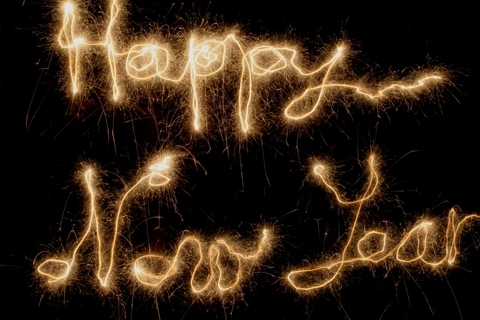 This is a reply to a recent comment by an Anonymous.

Thank you very much for reading these notes and for writing a serious and stimulating comment. I was thinking about it for a few days, and I am still not sure that my reply will be convincing. But let me try.

The initial goal of this blog was to provide a context for my arguments in Gowers's blog and in another blog. The latter was quoted by another anonymous in Gowers’s blog, and I had no other choice as to try to explain them (the original comment was addressed to people who know me and my views fairly well). So, the concentration on Gowers's views and activities was only natural; this was the intention. Now this topic is more or less exhausted, and expanding the scope of the blog, or even changing it completely may be in order.

Gowers himself described his goals and said that achieving them will eliminate mathematics as we know it. There is nothing apocalyptic in my discussion of his ideas. I do not anticipate that he or his followers will achieve his goals. I do not think that humans are some sort of computers, and I do not think that computers can do real mathematics (definitely, they can do a lot of mathematical things better than humans, but only when a class of problems was completely understood by humans). But he may achieve his goal in an Orwellian way by changing the meaning of the word “mathematics”. He already shifted the preferences of a big part of mathematical community. It took about ten years. If he will be able to do a comparable feat in the next ten years, and then, may be with his followers, once more, “mathematics” will mean “Hungarian-style combinatorics”. And I do believe that the Hungarian-style combinatorics is a field where computers eventually will be superior to humans because a nearly exhaustive search for a proof will be more efficient than human insights (like it happened with chess, which is actually a branch of combinatorics).

Independently of this scenario, I believe that having a person intended to eliminate mathematics (even if his goal is not achievable) in position of such influence as Gowers is extremely unhealthy and dangerous.

I agree that an “open and critical analysis of very influential individuals or groups in the mathematics research community” is highly desirable. But I am not quite comfortable with the way you wrote about this: “what the discussion should be about”. First of all, I am not comfortable with writing this either, but this is my blog and I write about whatever I like and whenever I like. Perhaps, you meant to apply “should” not to me, but to the mathematical community itself. I will assume that this is what you meant.

I believe that such a discussion is hardly possible. As a rule, mathematicians strongly dislike to openly discuss any contentious issues. One may see this everywhere: from insignificant issues on a department of mathematics to major decision made by the AMS or Fields Medals Committee, for example. I would suggest these posts for publication in the Notices of the AMS (under my real name) if I would believe that there is some chance for them to be published.

To Editors of the Notices of the AMS: this is a challenge. Prove that I am wrong!

Anyhow, I am willing to participate in such an open discussion. There is no venue for this now. Still, I would be glad to expand this blog into such a venue. For example, it may be easily transformed into a collective blog, and, for example, you will be able to post here. You will need only a Google account for this, and I will need to know the name of the account and some way of verification that it belongs to the Anonymous who wrote the comment. I reserve the right to be the owner of the blog and its moderator (right now it is not moderated, comments appear without my approval). And, may be, I will eventually transfer it to somebody else.

So, in my opinion mathematics was long dominated by good mathematics, but this is not the case anymore.

Because of spam, I had to change the settings for comments. Now comments are allowed only from registered (in any way recognized by Google) users, and are moderated for posts older than 30 days.